Originally conceived in 2007, and later updated in 2016 with the support of The Big Lottery Fund, our self-employment courses have been developed as tailored training solutions to help prisoners:

– who are about to transition out of custody

– who have already transitioned back into the community

Our XGSET self-employment training course is endorsed, both for direct- and distance-learning training in-gate formats, by the national awards body National Open College Network (NOCN) via its One Awards Quality Mark.

BASE (Beating Adversity through Self-Employment)

Our BASE self-employment training course is endorsed, for delivery to ex-prisoners in the community ex-gate, by the national awards body National Open College Network (NOCN) via its One Awards Quality Mark.

Employment training traditionally suffers from being programme-led rather than needs-led, lacking of a selection process, having little integration with vocational aspirations and often merely delivering a qualification rather than skills. So we do things differently.

Our courses contextually target frailty and self-esteem in order to counter susceptibility to stressor events that create incidents of disproportionate impact.

We help participants to grow realistic business and self-employment aspirations and provide participants with insights into themselves and business that will serve them long into the future.

We help participants to deal with this job market reality – assisting them to side-step prejudice and scepticism concerning their age, backgrounds or experience: helping them to start to achieve economic independence where chasing traditional employment channels only creates frustrations or low self-esteem.

Guy owns ExGate Ltd and is also the Course Leader for both our XGSET and BASE courses.

He is a science graduate of Durham University, a qualified Certified Fraud Examiner and a Fellow of the Royal Geographical Society.

After 10 years in the Royal Navy, serving mostly in submarines, in 1986 he moved into industry and later into the consultancy world, focusing for the past 25 years upon regulated market compliance, in parallel establishing and growing a range of analysis and training offerings to help companies operate with probity and competence under the purview of ever more demanding international regulations.

Guy has established, run and later divested two successful consultancy businesses (one 7 years later and the other 25 years later) and has been an angel investor in a number of other enterprises. In the non-profit space he has jointly established and run a social enterprise and has been a charity trustee, a fundraiser for multiple charities, and an affiliate member of the Association for Certified Independent Examiners.

Guy has had a long, elective, association with offenders transitioning and exiting the Criminal Justice System. As an employer he has employed a number of ex-offenders, either as full time employees or as contractors. He has also been an Independent Monitoring Board (IMB) prison monitor, appointed by the Secretary of State for Justice. And over a number of years he has offered self-employment training to prisoners and has been invited to submit various tenders.

Guy is Security Cleared with HMPPS and Enhanced DBS Cleared.

When not working Guy likes to ride his bike, read and write. He also loves watching ballet – and rugby! 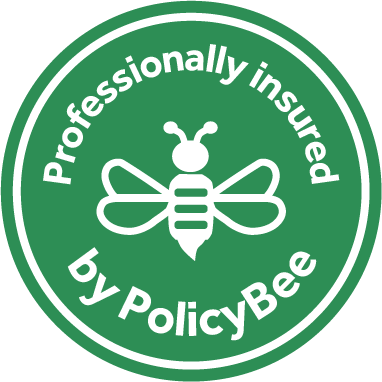